Why You Should Visit Ethiopia (The Horn of Africa) 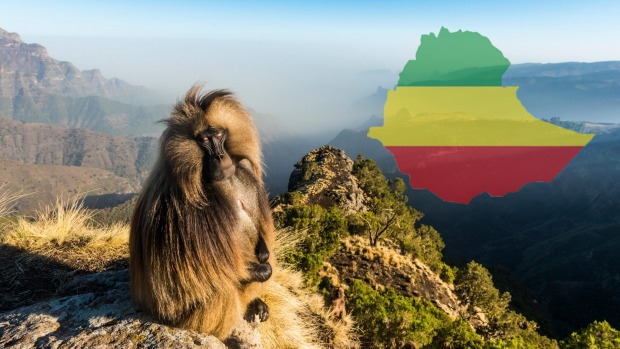 Why You Should Visit Ethiopia (The Horn of Africa)

Ethiopia nicknamed/also known as the “The Horn Of Africa,” a place of ancient culture, divided by The Great Rift Valley, and it is also Africa’s oldest independent country and it is second-largest in terms of population.

You should visit Ethiopia because of its;

Addis Ababa: Ethiopia is well-known to be one of Africa’s best Tourist Attractive areas with over 100 tourist attractions. Amongst these places is its sprawling capital, Addis Ababa, known to be the most developed state in Ethiopia. Addis Ababa, Ethiopia’s cultural hub, having the burial place of the 20th-century emperor Haile Selassie.

This state is said to be very spacious, with mountain all over, including the well-known mount Entoto, also divided by The Great Rift Valley, take a peek above!!

Ethiopia is known to be very distinct in their animals, to have very wild, and dangerous animals. One remarkable animal found in Ethiopia is the worlds most dangerous Gelada Baboons, and others like the Ethiopian Wolf, Mountain Nyala, Walia Ibex and many more, take a peek below!!

Ethiopis is known tomake very colourful foods, out these awesome food from the awesome country is their Ethiopian cuisine, Ethiopian cuisine characteristically is composed of vegetable and often very spicy meat dishes. This is usually in the form of wat, a thick stew, served atop injera, a large sourdough flatbread. Take a peek below!!

Aside from these beautiful tourist attractions like, Simien Mountains (with the worlds most dangerous Gelada Baboons), Lake Tana, Blue Nile Falls, Erta Ale Shield volcano, Danakil Depression (one the hottest places on the planet), Ras Dashen (The highest mountain in Ethiopia), Lalibela (with its rock-cut Christian churches from the 12th–13th centuries) and many more. Take a peek below!!

How To Verify and Check The Authenticity of Kenya Visa

Withdrawal of Passport at South Africa Visa Application in Nigeria